It is also true that the less love you have, the more depression you are likely to experience in your life. Love is probably the best antidepressant there is because one of the most common sources of depression is feeling unloved. Most depressed people don’t love themselves and they do not feel loved by others. They also are very self-focused, making them less attractive to others and depriving them of opportunities to learn the skills of love.

There is a mythology in our culture that love just happens. As a result, the depressed often sit around passively waiting for someone to love them. But love doesn’t work that way. To get love and keep love you have to go out and be active and learn a variety of specific skills.

Most of us get our ideas of love from popular culture. We come to believe that love is something that sweeps us off our feet. But the pop-culture ideal of love consists of unrealistic images created for entertainment, which is one reason so many of us are set up to be depressed.

It’s part of our national vulnerability, like eating junk food, constantly stimulated by images of instant gratification. We think it is love when it’s simply distraction and infatuation.

Love is one of the most profound emotions known to human beings. There are many kinds of love, but most people seek its expression in a romantic relationship with a compatible partner. For many, romantic relationships comprise the most meaningful aspect of life, providing a source of deep fulfillment. The need for human connection appears to be innate, but the ability to form healthy, loving relationships is learned. A great deal of evidence suggests that the ability to form a stable relationship begins in infancy, in a child’s earliest experiences with a caregiver who reliably meets the infant’s needs for food, care, warmth, protection, stimulation, and social contact. Such relationships are not destiny, but they appear to establish deeply ingrained patterns of relating to others. Failed relationships happen for many reasons, and the failure of a relationship is often a source of great psychological anguish. Most people have to work consciously to master the skills necessary to make relationships endure and flourish.

Should I be writing such thoughts? Perhaps not. Perhaps it’s a bad idea. I can definitely foresee a scenario where that first paragraph could come back to haunt me, especially if I somehow became marginally famous. If I become marginally famous, I will undoubtedly be interviewed by someone in the media, and the interviewer will inevitably ask, “Fifteen years ago, you wrote that no woman could ever satisfy you. Now that you’ve been married for almost five years, are those words still true?” And I will have to say, “Oh, God no. Those were the words of an entirely different person — a person whom I can’t even relate to anymore. 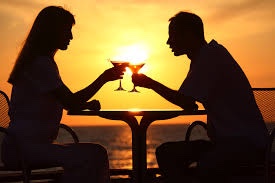 Honestly, I can’t image an existence without . She satisfies me in ways that I never even considered. She saved my life, really.”

Now, I will be lying. I won’t really feel that way. But I’ll certainly say those words, and I’ll deliver them with the utmost sincerity, even though those sentiments will not be there. So then the interviewer will undoubtedly quote lines from this particular paragraph, thereby reminding me that I swore I would publicly deny my true feelings, and I’ll chuckle and say, “Come on, Mr. Rose. That was a literary device. You know I never really believed that.”

But here’s the thing: I do believe that. It’s the truth now, and it will be in the future. And while I’m not exactly happy about that truth, it doesn’t make me sad, either. I know it’s not my fault.

It’s no one’s fault, really. Or maybe it’s everyone’s fault. It should be everyone’s fault, because it’s everyone’s problem. Well, okay…not everyone. Not boring people, and not the profoundly retarded. But whenever I meet dynamic, nonretarded Americans, I notice that they all seem to share a single unifying characteristic: the inability to experience the kind of mind-blowing, transcendent romantic relationship they perceive to be a normal part of living. And someone needs to take the fall for this. So instead of blaming no one for this (which is kind of cowardly) or blaming everyone (which is kind of meaningless), I’m going to blame John Cusack.