The main source of light on Earth is the Sun. Sunlight provides the energy that green plants use to create sugars mostly in the form of starches, which release energy into the living things that digest them.

This process of photosynthesis provides virtually all the energy used by living things. Historically, another important source of light for humans has been fire, from ancient campfires to modern kerosene lamps.

With the development of electric lights and power systems, electric lighting has effectively replaced firelight. Some species of animals generate their own light, a process called bioluminescence. For example, fireflies use light to locate mates, and vampire squids use it to hide themselves from prey.

In physics, the term lights sometimes refers to electromagnetic radiation of any wavelength, whether visible or not.

In this sense, gamma rays, X-rays, microwaves and waves are also light. Like all types of EM radiation, visible light propagates as waves. However, the energy imparted by the waves is absorbed at single locations the way particles are absorbed. 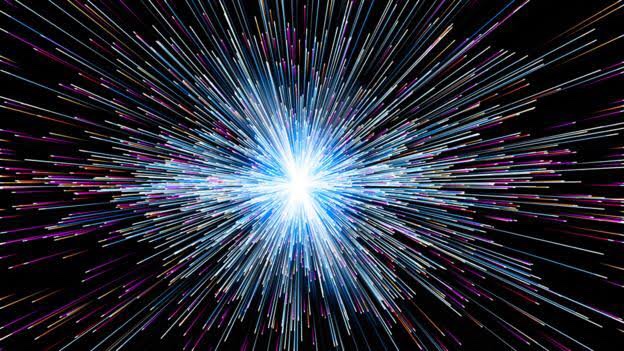 The absorbed energy of the EM waves is called a photon, and represents the quanta of light. When a wave of light is transformed and absorbed as a photon, the energy of the wave instantly collapses to a single location, and this location is where the photon “arrives.” This is what is called the wave function collapse.

This dual wave-like and particle-like nature of light is known as the wave-particle duality. The study of light, known as optics, is an important research area in modern physics.